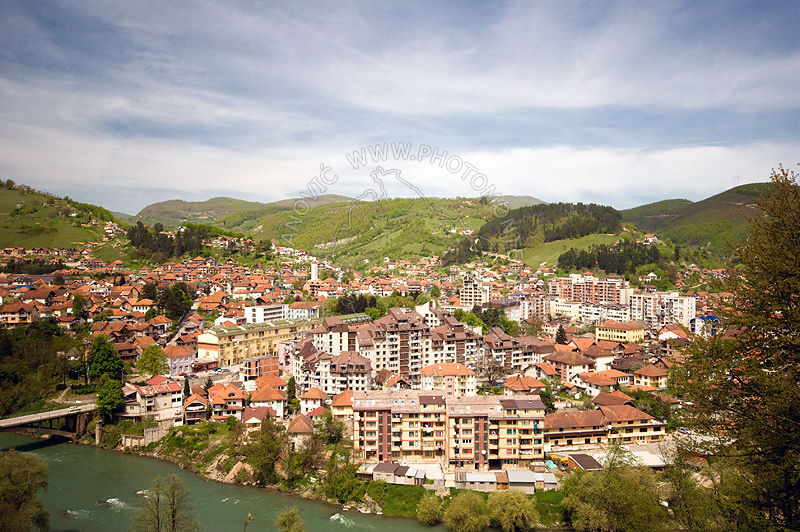 Bijelo Polje (Montenegrin Cyrillic: Бијело Поље) is a town in northern Montenegro. It has a population of 15,883 (2003 census).

Bijelo Polje is the center of the municipality of the same name (population of 50,284).. It is unofficial center of north-eastern region of Montenegro. Bijelo Polje means literally “White Field” in Montenegrin.Bijelo Polje was within the Ottoman Empire until its liberation by a multi-national force during the Balkan Wars (1912). Under Ottoman rule the city was known as Akova.Bijelo Polje’s Church of Saint Peter and Paul is the location of composition of the famous UNESCO Miroslav’s Gospel.Bijelo Polje was the birthplace of the oral poet Avdo Međedović and of many prominent writers, such as Ćamil Sijarić, Miodrag Bulatović, as well as Risto Ratković, who wrote the first Montenegrin novel “Nevidbog”, a story actually set in the city of Bijelo Polje.City’s best known brand is Rada mineral water, vastly consumed in Montenegro during summer months.Bijelo Polje is connected with rest of Montenegro by two motorways. It is situated on the main road connecting Montenegro’s coast and Podgorica with northern Montenegro and Serbia (E65, E80).Bijelo Polje is also a station on Belgrade – Bar railway, the last station in Montenegro for trains leaving towards Belgrade, and it serves as regional train station.Podgorica Airport is 130 km (81 mi) away, and has regular flights to major European destinations.