Biogradska Gora is a forest and a national park in Montenegro within Kolašin municipality.

Biogradska Gora is located in the mountainous region of Bjelasica in the central part of Montenegro between the rivers Tara and Lim, and is surrounded by three municipalities: Kolašin, Berane and Mojkovac.

The National Park is 54 km² in area. Basic elements of the Park are: untouched forest, large mountain slopes and tops over 2000 meters high, six glacial lakes, five at an altitude of 1820 meters and one easy accessible low land lake located at the very entrance to the park, Biogradsko Lake. Swift streams cut through scenery of Biogradska Gora, green pastures and clear lakes reflecting centennial forests. The Park is renowned as a unique geomorphological region and, as such, it is attractive for scientific research. The seat of the park is in Kolašin. The national park abounds in cultural and historic heritage consisting of sacral monuments national building and archeological localities. Numerous authentic buildings of traditional architecture are found throughout the pastures and villages next to the virgin forest reserve on the Bjelasica mountain range.

Although it is the smallest of four National Parks in Montenegro, Biogradska Gora National Park contains great diversity of flora and fauna. There are 26 different habitats of plants with 220 different plants, 150 kinds of birds, and 10 kinds of mammals live in this Park and in its forest, there are 86 kinds of trees and shrubs. In the waters of the park exist three kinds of trout and 350 kinds of insects.

The thing that makes the national park unique is its virgin forest, Biogradska Gora (16 km²) with trees over five hundred years old. In the very heart of Biogradska’s virgin forest is Biogradsko Lake, the largest glacier lake in this National park. The most common tree species around the lake are European Beech, Sycamore Maple and European Ash, and on the slopes Beech and Silver Fir.

When Kolašin liberated from Turkish rule in 1878, people from the Morača and Rovca presented a part of the forest to King Nikola I Petrović-Njegoš of Montenegro. This forest was known as “Branik Kralja Nikole” and was protected. Biogradska Gora was proclaimed a National Park in 1952.

In close vicinity of the National Park, there took place a battle between the Turks on one side and Montenegrins and Serbs on the other side. There were also important battles fought in the First Balkan War of 1912 and this region represented the center of activities of partisans in World War II. For years back, shepherds used rich pasture in this region for grazing sheep and other cattle. These slopes still used as pastures and visitors to the park can enjoy the hospitality of shepherds in their summer houses. 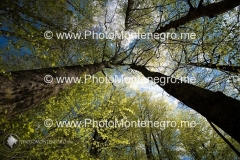 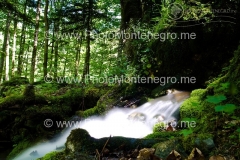 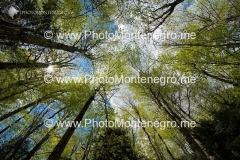 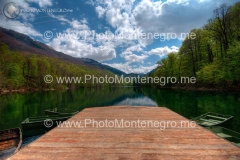 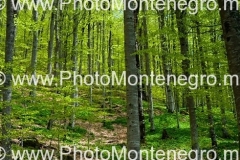 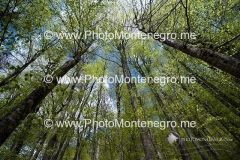 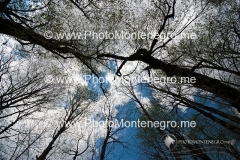 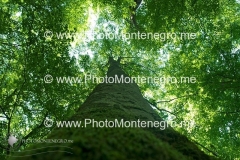 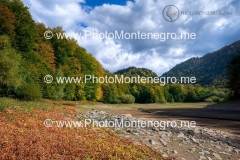 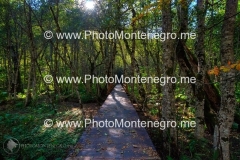