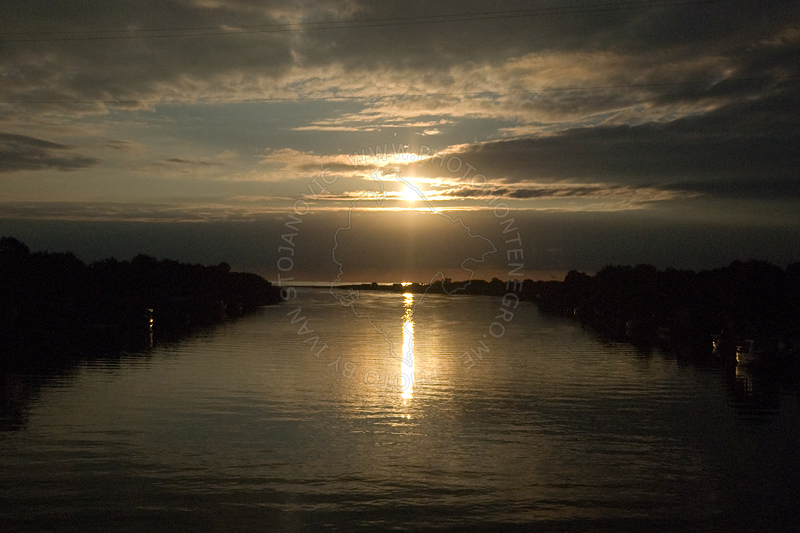 The Bojana or Buna (Montenegrin: Bojana/Бојана; Albanian: Buna or Bunë), is a 41 km long river in Albania and Montenegro which flows into the Adriatic Sea. An outflow of Lake Scutari, measured from the source of the lake’s longest tributary, the Morača, the Morača-Lake Scutari- Bojana / Buna system is 183 km long.After 20 kilometers in Albania, it forms the border between Albania and Montenegro. On this border section, which is 24 km long, the river meanders widely, flowing around Lakes Šas and Zogajsko blato, both in Montenegro. Settlements include villages of Sveti Đorđe and Rec on the Montenegrin, and Luarz and Pulaj on the Albanian side. The area surrounding the river in this section is low and marshy, the Buna being the eastern border of the Field of Ulcinj and of the 12 km-long Long beach (Velika Plaža) of Ulcinj.

At its mouth into the Adriatic the Buna forms a small delta with two arms, the left one forming the border with Albania, and the right one, with the island between the arms, being part of Montenegro. The island is called Ada Bojana -Ada, the Turkish word for “island”, has found its way into the Montenegrin language. It was supposedly formed around a ship’s wreck in the 19th century, and now covers an area of 6 km2, and is Montenegro’s largest island.

Despite being short, the river has quite a large watershed, covering 5,187 km², because the whole drainage area of Lake Scutari, the largest lake in southeastern Europe, is also part of it. Also, thanks to the waters from the Great Drin, the Bojana / Buna ranks second place among all tributaries to the Adriatic, measured by the annual discharge, after the Po in Italy (with 352 m³/s).

The Bojana / Buna is navigable throughout its whole course, depending on the size of your boat.