It was founded by Ivan Crnojevic, the last ruler of strong mediaeval state of Zeta. After leaving old capital (Zabljak of Crnojevic on the Skadar Lake) before Turkish invasion, Ivan Crnojevic in 1482 built himself a castle on the slopes of the Mt. Lovcen. Two years later he built a Monastery devoted to Holly Mother where he placed Montenegrin Clergy. The valley Lovcenski dolac in the woods beneath Lovcen became a new capital of Montenegro.

Late XVII century, 1697 Danilo Petrovic became Bishop, which event marked the beginning of rule of the Petrovic Dynasty, which was on the throne until the capitulation of Montenegro in the I World War in 1916. During the rule of the Petrovic Dynasty there were seven rulers. Every one of them contributed to liberation, recognition and cultural development of Montenegro as a state. 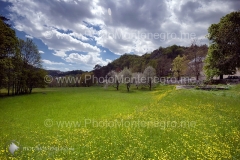 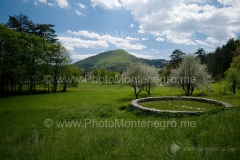