Duklja or Doclea (also Dioclea or Diocleia, Montenegrin: Duklja/Дукља) was once the principal city of the state of Duklja (present-day Montenegro). The city was situated about three kilometers northwest from today’s Podgorica, Montenegro’s capital.Duklja was the largest settlement of the Docleatae, an Illyrian tribe. The town was founded in the first decade of the 1st century AD. From the urban point of view, Doclea was adapted to the terrain configuration. At that time it was a big city, with 8 – 10 thousand inhabitants, in which all core urban issues were resolved. A relatively high population density in an area with a radius of just over ten kilometers was conditioned by geographical position, a favorable climate, positive economic conditions and defensive positions that were of great importance at that time.

After the administrative division of the Roman Empire in 297, Diocleia became the capital of the newly established province, Prevalis. In the 4th and the 5th centuries, it was conquered by the barbaric peoples and started losing power. At the beginning of the 5th century, it was demolished by the Ostrogoths and a severe earthquake destroyed it in 518. After rehabilitation, the Slavs, who migrated to the area of Duklja, demolished it again in 620, when it finally lost its antique character.

Even though the most important city in Duklja was Doclea, the city was in ruins by the 10th century from numerous invasions. The historical ruins of the town can be seen today. 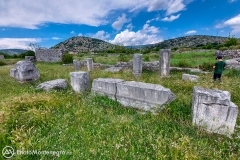 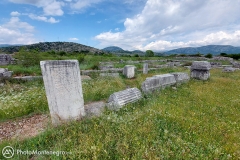 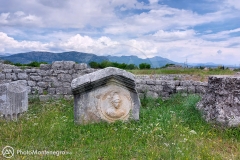 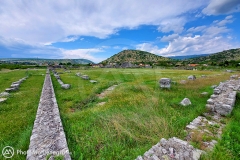 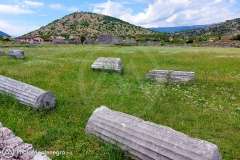