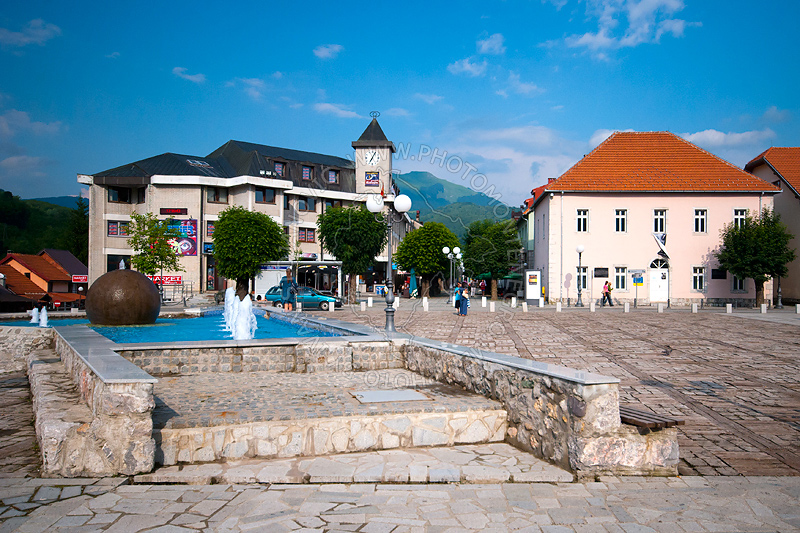 The Municipality of Kolašin is situated in the central part of the continental part of Montenegro. It stretches over an area of 897 square kilometers of the upper and middle courses of the Tara and Morača Rivers. The basins of these two rivers make two natural unities, equal by size and spatially close by and yet different, each having its own unique qualities.

The region in the basin of the Morača River is featured by the steep slope of the terrain. It is intersected by deep gorges and canyons.The upper part of this river valley stretches to the entrance in the Platija Canyon, which consists of Gornja ( i.e. Upper) Morača, at an altitude ranging between 465m and 973m, and two more expansions. The Platija Canyon is 1000 meters deep on average and the mountainous Morača’s tributaries also flow through the canyons with the banks often as high as up to 1000 meters.

The part of the Municipality of Kolašin, in the Tara River basin, is on a higher average altitude above sea level and has a number of smller valley expansions, such as Kolašinska terrace, Lipovska Valley, Trebaljevo, the Donja ( i.e. Lower) and Gornja ( i.e. Upper) tara Rivers and valleys with a number of its tributaries.

The Morača River basin is oriented to the Adriatic Sea while the Tara River basin pertains to the drainage system flowing into the Black Sea. The Crkvina saddle, situated between Morača and Kolašin monasteries., is the watershed of the two basins. On its southern side, waters flow towards the Adriatic Sea, and on its northeast side, the waters flow through the Tara, Drina, Sava and the Danube Rivers, reaching the Black Sea. The curiosity is that the waters split on the roof of a building on this saddle and flow into two different basins.

The region of Kolašin is surrounded with cliffs and mountain peaks of Sinjavina, Javorje, Semolj, Kapa Moračka, Maganik, Štavnje, Ostrvica, Komovi, Ključ, and Bjelasica Mounts, which makes it a true mountainous region rich in all the beauties and challenges offered by high mountains and a particulary diversified relief. Breathtaking canyons, glacial lakes like those in fairytales, mountain peaks exceeding 2000 meters, numerous springs, thick woods, spacious pastures, limestone plateaus – make this treasure of landscapes infinitely abundant, unforgettable and exciting always in a new way.