Perast (Cyrillic script: Пераст) is an old town in Boka Kotorska (Bay of Kotor), Montenegro. It is situated a few km northwest of Kotor.

Perast lies beneath the hill of St. Elijah (873 m), on a cape that separates the bay of Risan from the bay of Kotor (two smaller bays within the Boka Kotorska) and overlooks the Verige strait, the narrowest part of Boka. The average yearly temperature in Perasto is 18.3°C, and the number of sunny days is 240 (or around 2,500 sunny hours per year).

Near Perast there are two small islands: one is called St. George island, and the other called Gospa od Škrpjela (Our Lady of the Rock), and each of them has a picturesque chapel. Gospa od Škrpjela is particularly interesting given that it is the only artificially built island in the Adriatic, with an area of 3,030 m² — it was built upon a rock (Škrpjel) after two venetian sailors from Perast found a picture of the Virgin Mary on it in 1452.

Venice owned the city between 1420 and 1797. Perast was part of the Venetian Albania. The city’s sixteen Baroque palaces were mostly built in this period, too, as were its seventeen Catholic churches and two Orthodox churches. The old city does not have a defensive wall, but instead it has nine defensive towers, the most important of which is the tower of the Holy Cross. These were built by the navy of the Venetian Republic in the 15th and 16th centuries.

The two islands off Perast.

Perast was at its peak in the 18th century under the Venetian Republic, when it had as many as four active shipyards, a fleet of around one hundred ships, and 1,643 residents. At that time the most beautiful buildings arose in this fortified town. Many ornate baroque palaces and magnificent dwelling-houses decorated the town of Perast, full of typical venetian architecture[1]. The population has since decreased to 430 in 1910 and around 360 today. The fleet was dissolved by the rise of the steam engine.

From 1941 to 1943 during WWII, when Mussolini annexed the territories around kotor to the Kingdom of Italy. The area was part of the Italian Governorship of Dalmatia and was called “Provincia di Cattaro”. After 1945 Perast was restored to Yugoslavia and now is part of the independent Montenegro. 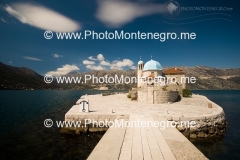 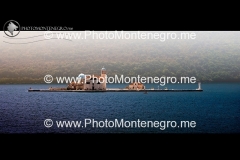 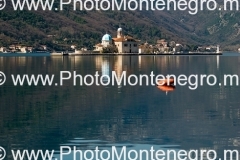 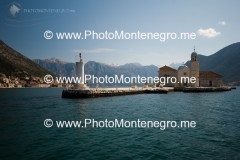 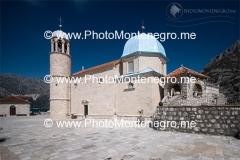 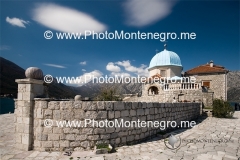 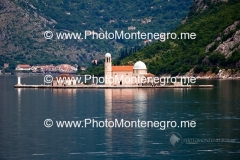 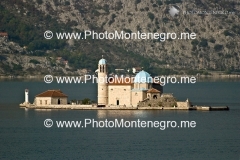 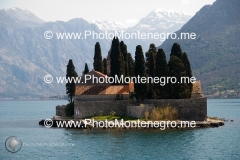 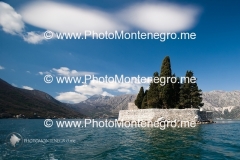