Petrovac is located on the coast between Budva and Bar, where the old mountain road from Podgorica reaches the coast. It has a 600 metre long sandy beach and it is a popular tourist destination. Petrovac is seen as a somewhat “calmer” resort, in contrast to the lively and developed nearby towns of Budva and Sutomore.

The history of Petrovac began in Roman times, when a couple of villas were built at Krs Medinski: a 4th century mosaic floor, remains of a villa and baths have been found behind St Ilija’s church[1]. After that, the Slovaks built a village. At the northern end of the bay is a 16th century Venetian fortress, Kastel Lastva, intended to discourage pirates[1].

In the bay are two islets, one of which is topped by a small chapel, built in thanksgiving for a shipwrecked sailor’s life[1].

At the beginning of the 20th century, Petrovac had about 300 inhabitants.

In World War II, British agents were landed at nearby Perazica Do. They intended to establish contact with Yugoslav partisans (Operation Hydra).

Petrovac is a popular summer beach resort, its visitors coming predominantly from Montenegro and Serbia. Tourist accommodation has expanded greatly in recent years, although less obtrusively than at Budva. The main attraction is the mainly sandy beach and there is also a night club in the old castello.

There is ready access to neighbouring beaches at Lucice and Buljarica. 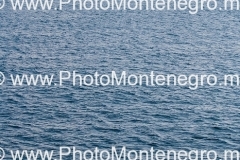 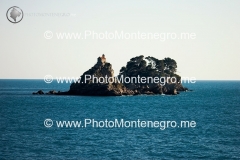 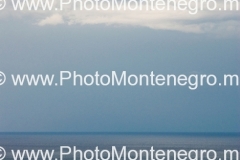 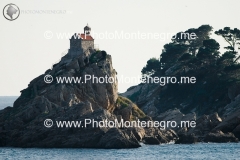 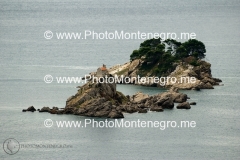 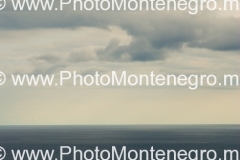 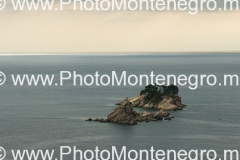 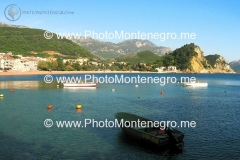 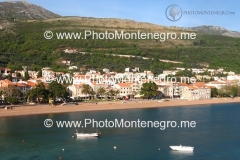 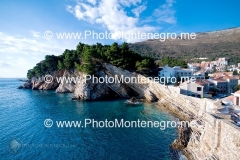 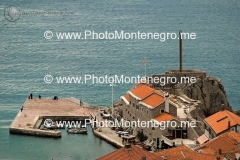