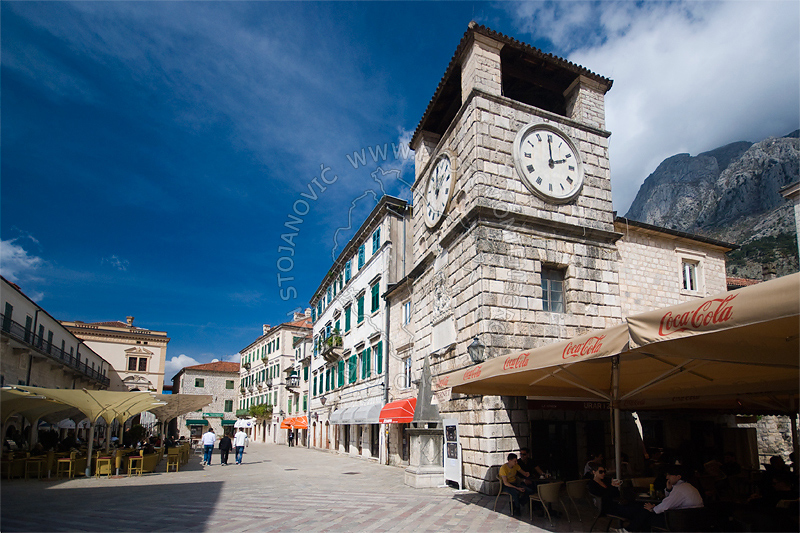 The Clock Tower is one of the symbols of Kotor. It occupies the central place in the square opposite the main gate. It was built in 1602 but it is supposed not to have been finished at the time of the 1667 earthquake, as on that occasion the Tower considerably inclined towards the west i.e. to the sea. Later there had been some attempts to put it back in upright position but after the 1979 catastrophic earthquake it returned to the same position. The Clock Tower was partly built in the Baroque style while the northern and eastern façade is in the Gothic style. Below the Clock Tower there is the Pillar of Shame which was used for punishment of an accused person by placing him/her in front of the Pillar so that all the citizens of Kotor would know for his/her offence.