Gusinje is a town in the municipality of Plav. It is located under Prokletije and Visitor, on the border with Albania, on the part of the river Vrulja and Grčara, the southwestern part of Plav-Gusinje basin and about 900 m above sea high. It’s famose by Alipashas springs that are the source of the river Lim. Springs are named by the Albanian commander Ali Pasha Šabanagic, known as Ali Pasha Gusinjski. When the Berlin Congress recognized Montenegro as statehood Plav-Gusinje area is become part of her, but the people, headed by Ali – Pasha, opposed it and in the battle in Novšići win army of Duke Marko Miljanov. Although served in Pec, pasha has often caming in Gusinje and springs were his favorite place. The house which is made by him was a place where they gather and famose people of that time, all passengers to be found there where slept and rested there, people were discussing trade. Sources are part of the river Grulja (Vrulja) and specific because of the large number (25) the smaller sources in the foot hills Vizier chin at an altitude 925 meters. Minimum capacity was 2.5, a maximum of eight cubic meters per second. The water temperature is almost constant and ranges from 5.6 to 6.6 degrees Celsius. In the place where submerge, near the Albanian border, can see the fountain, ” Skakavica” from which water falls from a great height and makes beautiful water curtain. Water quality and is suitable for drinking. Many locals of Gusinje, Plav and surrounding villages are working abroad, most of them in the USA, but do not forget his homeland. Every year on Ilindan 2. august, residents of this area traditionally organized gathering of Ali-Pasha sources, which by custom, attended a large number of immigrants originating from these regions. 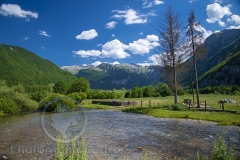 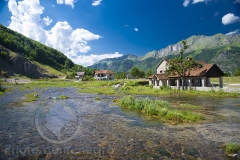 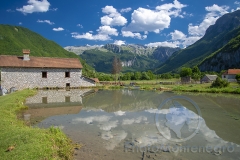 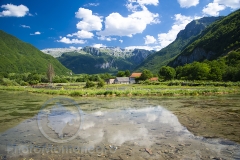 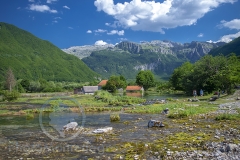