Medun (Medeon, Meteon), is an old town and fortress, situated 13 kilometers northeast from Podgorica, Montenegro. It was erected originally as a fortress, later on as a town, between 4th and 3rd century BC.Map of the border between Greeks,Thracians and Illyrians showing Meteon

Well preserved walls of the fortress were built of big blocks of trimmed stone, placed in a number of rows. With respect to solidity and size of the construction it substantially differs from the construction of other, less significant Illyrian towns. From the cultural-artistic point of view, two lower dig ups in the rock on the road from the lower to the upper town are very interesting. Studies refer to the conclusion that it was the place of performance of rituals related to the cult of snake that represented myth ancestor to the Illyrians. Necropolis is sited north from the upper town. It originates from the Illyrian period, but has not been studied.

Medun was mentioned by Titus Livius at the end of the old and beginning of the new era. The town is assumed to have been founded in the 3rd century BC, at the latest. It was referred to later, in the 7th century, by the Ravenna Geographer.

Roman legions conquered Medun around 167 AD On that occasion the last Illyrian king Gentius and his family were captivated. The 1444 charter of King Alfonse V documents Medun as the property of Stjepan Vukčić Kosača. In 1445, Herceg Stjepan ceded the Upper Zeta and the Medun fortress to despot Đurađ. A duke of despot Đurađ defended Medun in 1452 from Stefan I Crnojević who was a duke in the Venetian service. In 1455, despot Đurađ had to give the fortress to the Turks in their victorious drive through Southeastern Europe.

In all probability, the medieval fortification had been built well before its first mention in written sources.

Besides the stairways cut into the cliffs on all sides, dating from the Illyrian period, from this earlier period is also a portion of the west wall, subsequently built over by a medieval wall. Different parts of the medieval fortification date from different periods.

The famous writer, and Kuči tribe leader, Montenegrin duke and hero Marko Miljanov lived at the foot of walls of the town and the fortress. He was buried in the acropolis in front of the small church.

Medun has not yet been studied sufficiently. Not only that it is interesting for its distant and rich past, it also represents an object significant for studying of all cultural epochs from prehistoric to Middle Ages. 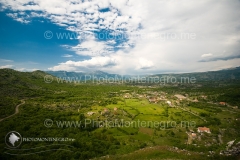 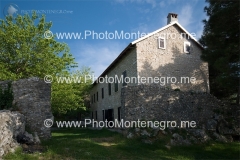 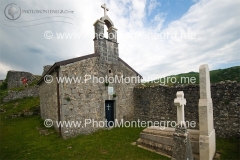 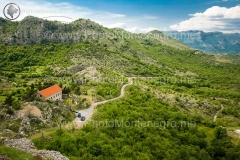 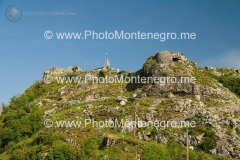